« back to Landscape Appeals 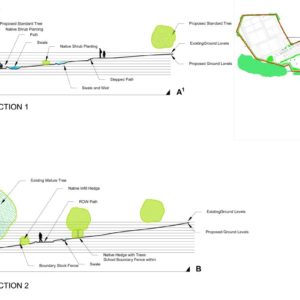 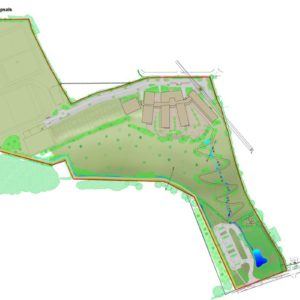 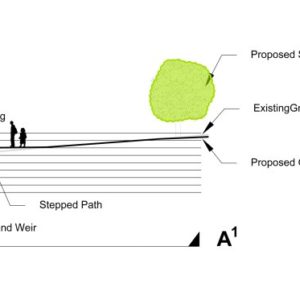 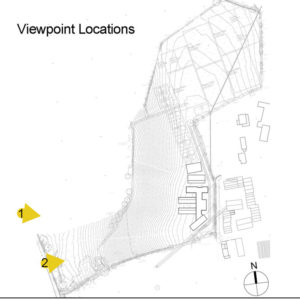 Steve Jowers Associates were involved in the early stages of a proposal for a new school in Bedford, producing an LVIA.

The initial application was refused and Artemis assisted SJA as part of the Design Team in a Full Appeal process.

Attending numerous conferences in Chambers a Landscape Proof of Evidence was produced. This is included Photomontage visualisations showing the proposed school development from key Viewpoints (identified from the LVIA) in its first year then 10 and 20 years.

The site, which sits on a ridge in Bedford and looking towards the village of Clapham had been identified as an employment allocation site by the Bedford Borough Council Local Planning Policy document. As such visualisations were also produced to suggest what such Commercial premises would look like over the same timeframe.

A Soft Landscape Masterplan was also produced for the sie. This retained much of the space as traditional parkland with clusters of Capability Brown style mature trees, and created an exciting pathway criss crossing a swale – combining an attractive feature with SUDS – to lead pupils and users up the hill from the lower car park to the school building. An important aspect of the proposed planting was around the plateau which the school itself was to be built on. An amphitheatre was incorporated into the transition from the building to the parkland.

The Appeal was successful and the school was due to begin construction in Spring 2020. 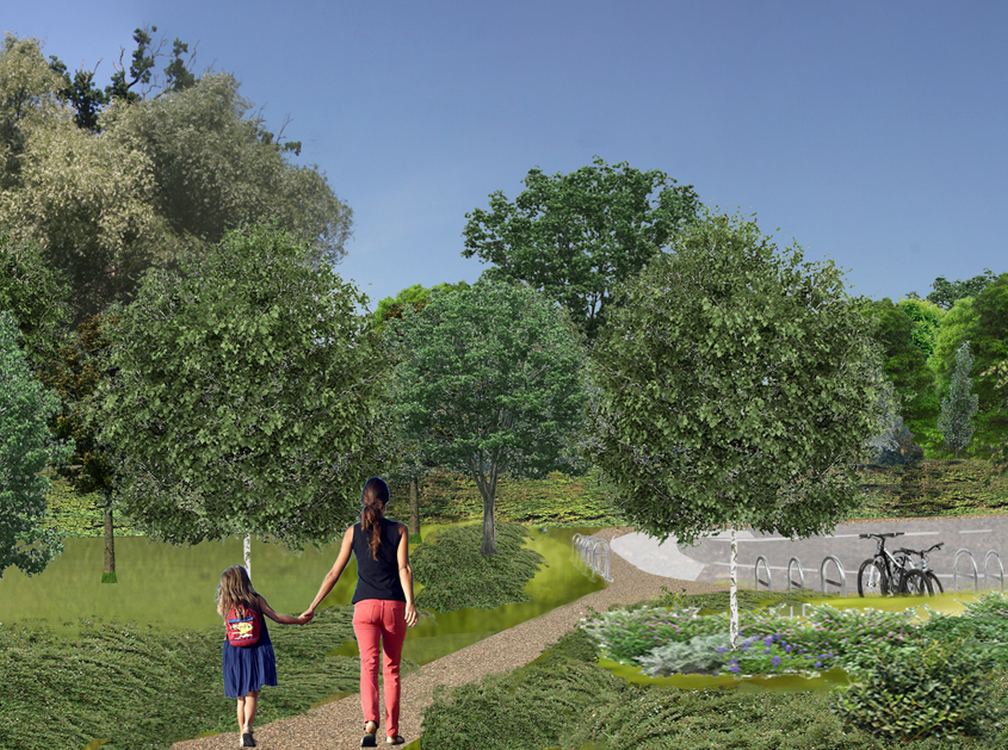 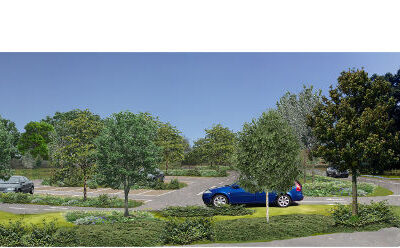 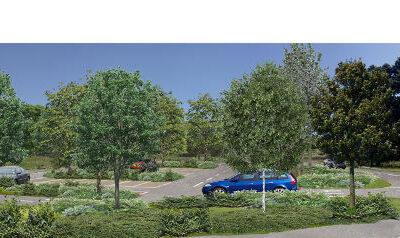 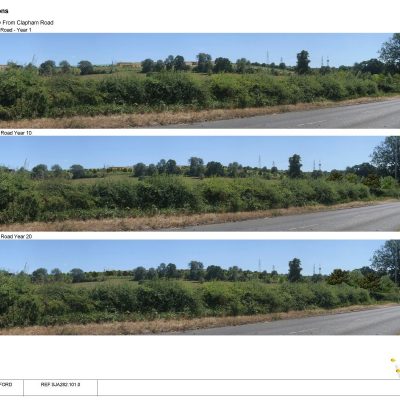 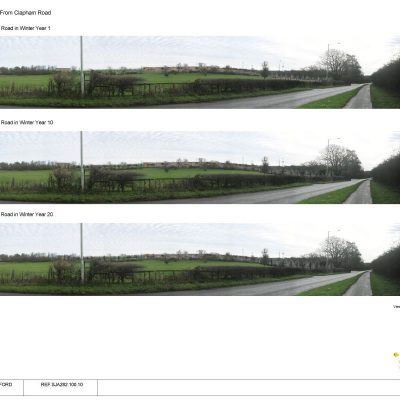 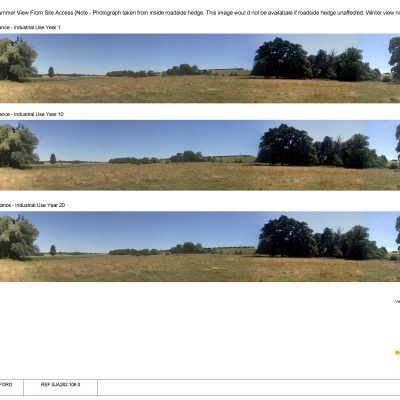 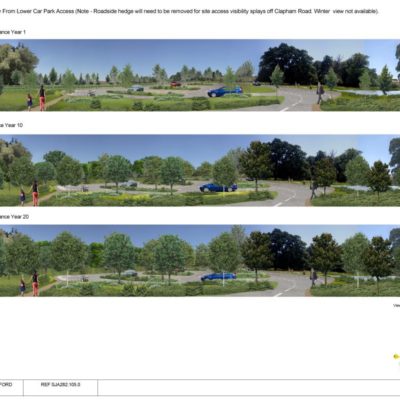