A key factor of Artemis’ planting style, our design ethos and probably the foundation of our connection as designers comes from our instinctive interest in naturalistic planting.

The current school closures has highlighted for me the amount of my childhood spent out walking in the fields, sketching and painting nature – before the days of smart phones and social media – so this love of endless wafting seed heads, rolling tides of petals against solid linear forms and vertical accents must be burned on my retina and fixed in my psyche.

A hand-out notepad I found whilst decluttering recently reminded me of a Soft Landscape workshop that Sally and I attended in 2010 at Palmstead Nurseries in Kent. This workshop, ‘Dynamic Planting for Garden and Public Spaces’ really opened my eyes to how such a planting style could be implemented both in gardens and the public realm – and indeed seemed to be the future.

Particularly fascinating was a talk by Bert Griffioen of Dutch company Griffioen Wassenaar on the benefits of mass perennial planting schemes in Public Spaces.

You can read about their ‘Green to Colour’ Concept on their website greentocolour.com GreentoColour®: perennials in public green areas with guaranteed results!

Sarah Price also spoke about her involvement with the 2012 Olympic World Gardens where she worked extensively with Professors Nigel Dunnett and James Hitchmough on their signature naturalistic planting schemes which have received huge acclaim for the park. You can see Sarah talking about this experience in an interview by the Landscape Institute on You Tube

As Nigel Dunnett explains on his website, ‘The Olympic Development Authority wanted to ensure that the park was an expression and a celebration of forward-looking horticulture and design, and a demonstration of what a sustainable and ecologically-orientated park could be.  For us, it was an opportunity to apply our planting design ideas, techniques, approaches and concepts across a complete new urban landscape’. Read more on Nigel’s website

Skip forward 10 years and last week Sally and I attended a fantastic talk by Prof. Nigel Dunnett on his ‘Grey to Green’ scheme and concept. Rather than having to travel to Kent over 200 listeners attended from their ‘home offices’… so already a far greener venture!

Nigel spoke about his own origins in the style, and how he came tho develop his methodologies, his explorations, studies and ventures into new territories

Particularly striking were his images from his detour trip to Southern California’s Superbloom in March 2019. The Superbloom caused thousands of people to travel hundreds of miles in order to visit and immerse themselves in the beauty that had erupted all across the hillsides.

This effectively affirmed Prof. Dunnett’s belief that the general public craves an active, dynamic experience as opposed to being passive observers, that they gravitate to large-scale, dramatic gestures from the natural world. And he realised that this is something that should be brought to people; why does it have to be exclusive / so distant and not part of our every day fabric?

In fact he is already practicing this in numerous city schemes, including his ‘Grey to Green’ scheme in Sheffield – the UK’s largest retro-fit SuDS project, and also the UK’s largest inner city ‘Green Street’. Images from the scheme showed the beauty that can be brought to the city centre when councils put their belief in such a designer.

Phase 1 of the 1.6km scheme was installed in 2016 and surveys since then showed that many people have changed their everyday journeys in order to use that street, and 98% of the hundreds interviewed would like to see more of this style of landscape in the city.

Although not without controversy. Prof. Dunnett also referenced Chris Packham’s recent tweet where he retweeted a roundabout in Musselborough seeded with annuals seeds saying ‘Every council across the U.K. should aspire to this – it’s beautiful and productive and what people want from a new normal for wildlife and the environment . Top work Musselburgh !’

Many people reacted adversely to his words – ’planting non native species does nothing for widlife’ and the point of the wonder, joy and associations such ‘pictorial meadow’ planting evokes in most people, the actual benefits it brings to masses of pollinators and the achievability of such planting in municipal terms over the standard shrubberies seemed completely lost.

Indeed the idea that only native plants feed native wildlife has become an outdated belief; in fact a very diverse mix of plants – which might include native and /or non-native species can actually be wonderful for supporting native fauna and invertebrates.

Equally inescapable is the seductive nature of colour. We all love paintings, glossy magazines and rainbows… so when we come across plants giving us tangible displays of their own form of artworks our hearts cannot help but reflect this joyful wild expression.

So this use of fleeting annuals, more reliable yet still transitional perennials and backbone-forming grasses seems the perfect answer to greening our streets, immersing our cities in nature, bringing its much publicised calming influences, positive health benefits (particularly in these times), helping our infrastructure deal with rising water levels and counteracting increasing development numbers. 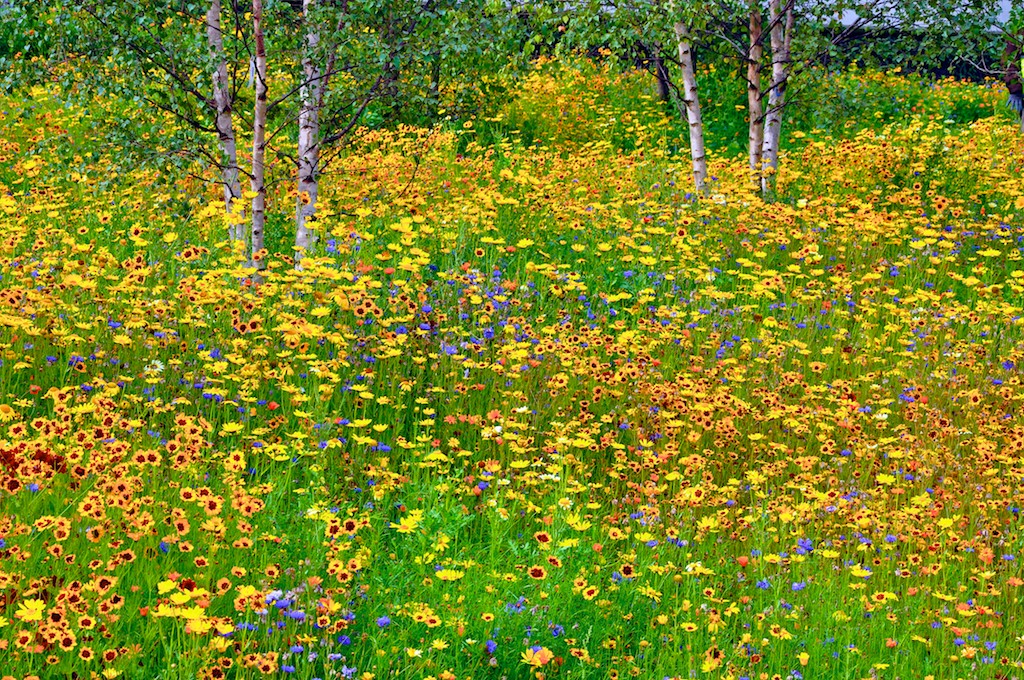 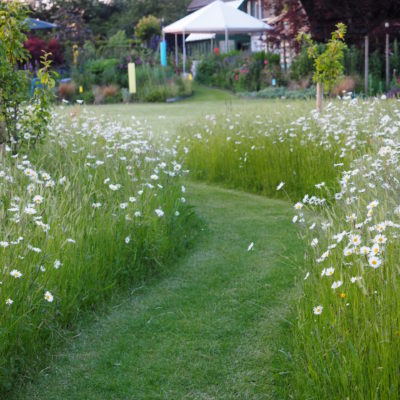 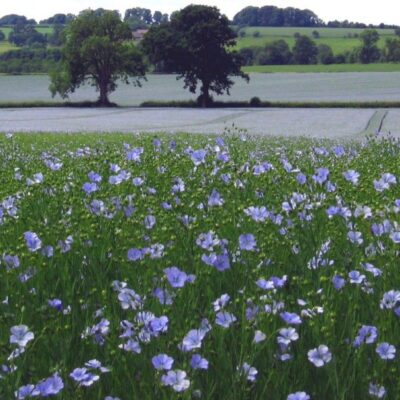 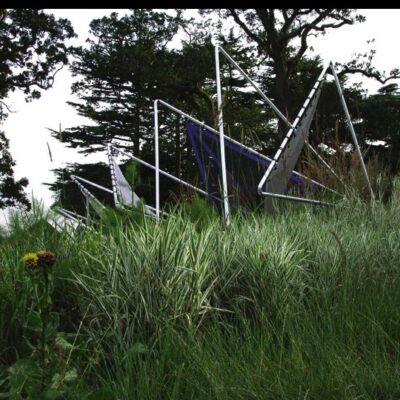 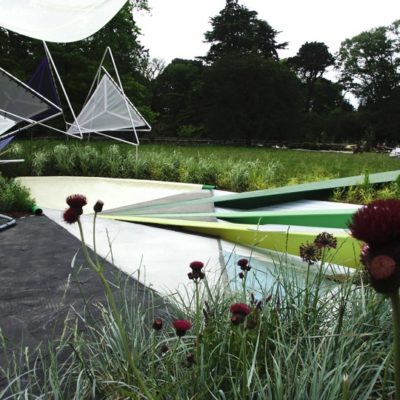 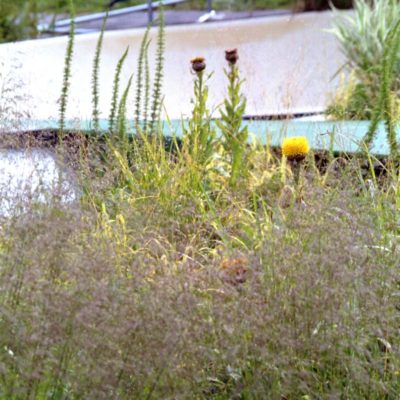 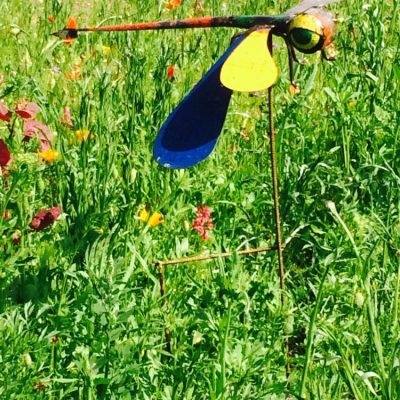 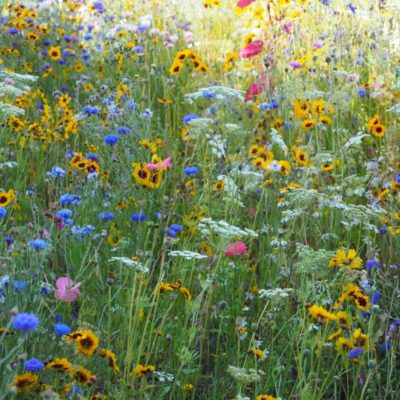 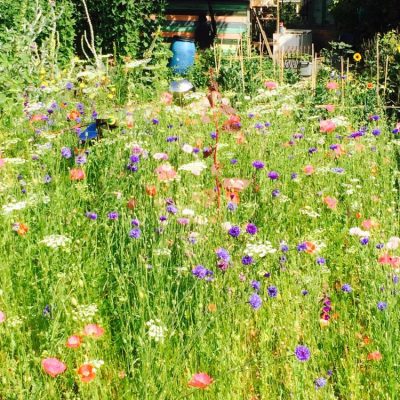 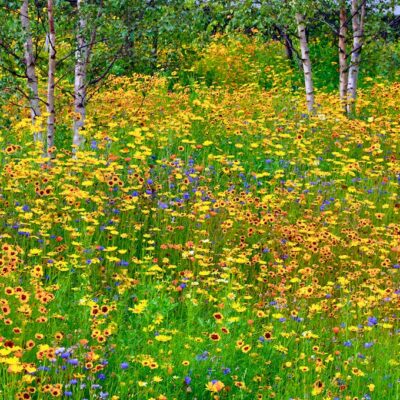 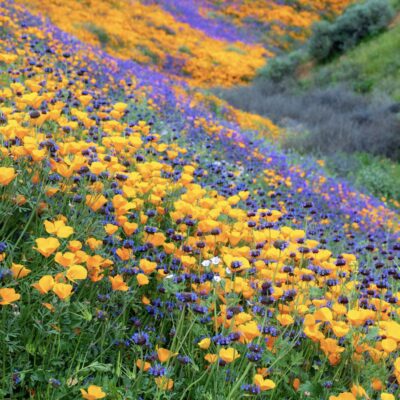 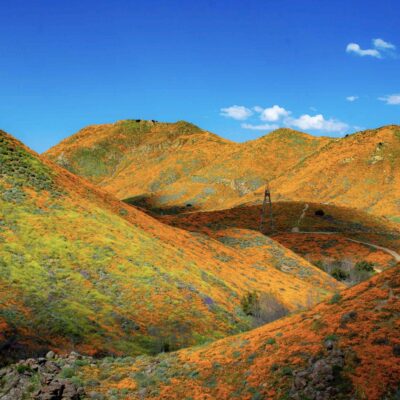 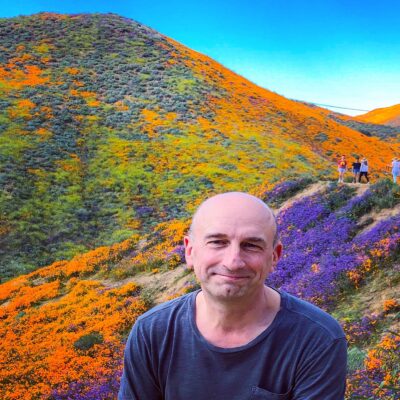 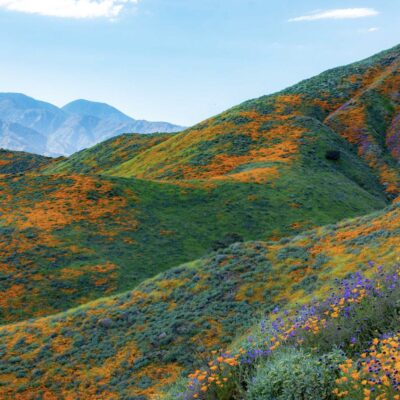